Alessandro Bosetti – a voice artist who works with language and who speaks four languages fluently (Italian, French, English, German) – is asked to dynamically explore processes of translation and the relation of sound to meaning

his material is a poem by Louise Landes Levi which describes the process of translation from her perspective, drawing on ideas about translation from the French writer René Daumal, an author who she has herself translated (“Rasa or Knowledge of the Self. Essays on Indian Aesthetics and selected Sanskrit Studies”. Shivastan Publishing, 2006. Soon to be republished by Station Hill Press)

the poem combines Alessandro’s four languages and is processed with a series of translation permutations, so that four versions of the original text come into being – these four permutations are repeatedly spoken and as the voice continues it is electronically transformed so that the individual words become unclear and eventually dissolve into pure sound

the live performer interacts with the slowly mutating recordings, varying what is said during the dissolution of the original words, so that clearly understandable language moves into abstraction – while speaking within this increasingly non-semantic situation, unusual combinations of words in the different languages appear – at the same time the natural rhythms and cadences of each of the languages used become superimposed, showing the relation of words in the different language which demonstrates processes of translation at work

a continuous game of moving between abstract sound and understandable language is played, making audible a vital aspect of the art of translation – the aim of this game is to use spoken text and its dissolution for literally hearing the connections between meaningful language and pure sound, locating the point at which meaning disappears 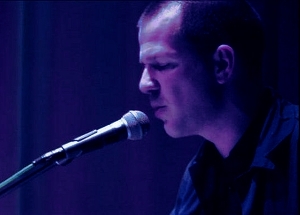